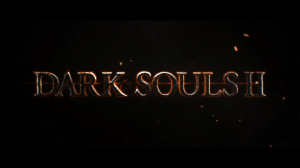 FromSoftwares follow up to what should have been game of the year 2011 is just as frustrating as the first, Dark Souls 2 takes over as my main game for the time being. So does stand up to it’s predecessors?

The level design feels pretty straight forward in this one, while dark souls felt like you could almost go anywhere if you wanted to. In dark souls 2 it is as though you have to beat one boss to get to the next.

I would preferred the game start out in ng+(New Game +) , new game  is like a dumbed down version of ng+. It makes it feel like I’m playing WoW dungeons and then I have to progress to heroic or hard modes. Dark souls ng was hard and ng+ was pretty much the same thing with more health and damage.

Among the hardcore Souls community Dark Souls 2 is thought as the lesser of the three games, but it has taken over as my main game for now, till Bloodborne comes out and I have to buy a PS4. Dark souls 2 feels like the expansion to Dark Souls and I am ok with that because these games are the only games that are entertaining right now.  Lucky for me I have yet to play Demon Souls… time to go buy a PS3… ohoh oh oh ill get The Last Of Us also.